There is a phrase I have heard so many times as an IT guy that, if I was given a dollar per occurrence, I would have retired years ago. It seems to be very popular among computer users and, honestly, it drives me insane.

The phrase, you may have guessed, is some variant of “My computer is slow.” Just typing those words makes me fidget in my chair. 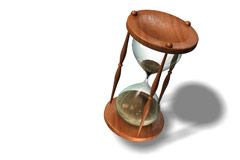 At first, I reasoned that people think there’s a universal fix for slowness. Later, I thought that, by saying something is slow, people believe they have uncovered the identifying symptom of their problem. Really, when people tell me about their slow computers, they are just asking for help. “My computer is slow” has become to mean, “I don’t understand what’s happening. Please Help!”

I think people cling to this phrase because they don’t want to seem as ignorant as they are. There’s nothing wrong with ignorance unless you choose to remain ignorant!

Besides, I can sympathize with wanting to seem proficient. I have no doubt my brother-in-law cringes when I try to explain what may be going wrong with my car. I rarely completely understand what is happening mechanically, so I usually resort to using commonly vague words like, “sluggish,” or “it sounds like…”.

Don’t be so vague

Since there are so many different tasks that a computer can do, saying a computer is slow is far too vague to be helpful. Instead, refer to what aspect of your computer seems slow. If you notice the slowness when you were online, mention this first. It could be that your internet connection is sluggish or the website you were visiting was under unusually high demand. In either case, your computer wasn’t responsible. Now, do you see why this bugs me?

Whenever you call your office’s help desk or your tech-savvy nephew, be prepared to describe your issues with detail. Also, be prepared to answer a few questions too. Us tech guys love to ask questions; they’re usually the quickest way to find the root of the problem (and the more you can tell us up front, the fewer questions we’ll have to ask!).

Let’s talk about one last thing: slowness. No one can determine if something is slow unless a comparison can be made. We tend to say things are slow when something doesn’t happen as quickly as we’re accustomed too. Some computers may do things more slowly than another, but there are often times when the word “slow” should be replaced by the word “unresponsive.”

Let’s refer back to the internet issue again. Sometimes, a web server may have so many requests at once that it takes it longer than usual to process yours (like a really long line at the DMV). An average user may only consider that they clicked a link and have had to wait longer than normal to get to a web page. In this case, the web server is unresponsive; neither your computer or internet connection is “slow”.