Modern communication systems rely greatly on cabling systems to carry information from one point to another. The majority of companies and vital installations all over the world still use cable wires despite advances in wireless technology. This is because of the great distance that signals must travel in order to reach their destination; wireless networks are only effective in short ranges. In addition, using cables is a lot cheaper compared to building transmission towers. 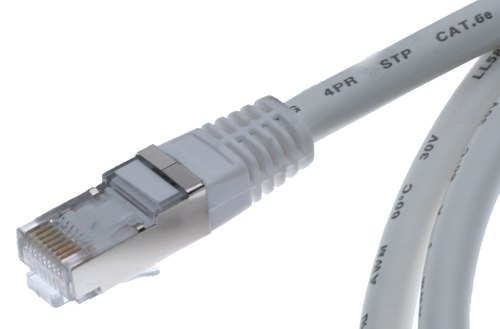 Using singular wires in transmitting signals make them prone to magnetic interference which is why a new type of wiring was developed. It’s called ‘Twisted Pair Cabling.’ The twisting cancels out any magnetic waves that usually occur in regular wires. There are two types of twisted pair wires being used for transmissions; UTP or unshielded twisted pair and STP or shielded twisted pair. Essentially, they have the same function to carry information from one point to another. But despite this similarity, they have differences that make for both advantages and disadvantages in either type of cable.

The first discrepancy that should be discussed is the most obvious; one is shielded and the other is not.

Does this mean that the UTP is just like regular wires? The answer is no.

The shield refers to an extra layer of protective material used for STPs. The UTP used is still better compared to ordinary wires when it comes to transmitting information like the Internet and telephone lines. It doesn’t mean UTPs are impervious to interference especially from the weather. STPs are more like a higher version of the UTP. 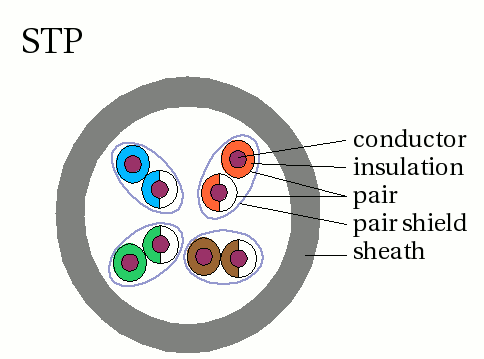 Since STPs have extra protection and the UTPs don’t, it’s logical that manufacturers price them differently. STPs naturally cost more compared to UTPs. This is why it’s more common to see UTPs being used in homes and offices because they are cheaper. And for the same reason, [gs computer] and electronic stores are more likely to have UTPs in their inventory as compared to STPs.

But why make STPs when not many people use it? On the contrary, STPs are everywhere. Just because they’re not being used by the majority of the population doesn’t mean they’re not important. Telecommunications companies use STPs to create major cable networks that require outdoor installation which make the wires less vulnerable to the elements and man-made structures that emit interfering signals like radio and television towers.

As mentioned previously, they are used in heavy duty and industrial grade applications because they’re tougher than UTPs. And since UTPs are lighter in weight, they’re also easier to install and use which is why even ordinary people can do it on their own.

But the most important aspect in which UTPs differ from STPs is in maximizing [gs bandwidth]. Since STPs are more protected from interference, they allow much faster and smoother transmissions compared to UTPs. Still, no matter which of the two is used, one thing is certain they make communications much easier and quicker.

2. STPs are more expensive than UTPs.

3. UTPs are more common in computer shops compared to STPs.

4. STPs are for heavy duty use while UTPs are not.

5. STPs allow maximum bandwidth while UTPs do not.