How many times this articles has been read? Here's the answer:
310

This article has 785 total words. (Including header) 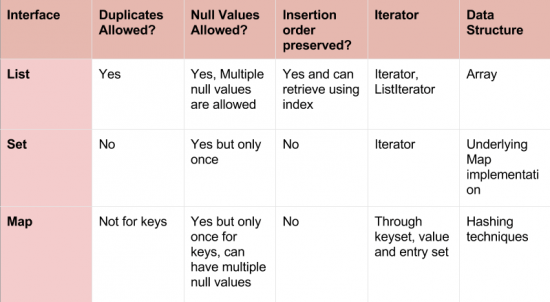 When to use List, Set and Map in Java

The usage is purely depends on the requirement:

If the requirement is to have only unique values then Set is your best bet as any implementation of Set maintains unique values only.

If there is a need to maintain the insertion order irrespective of the duplicity then List is a best option. Both the implementations of List interface – ArrayList and LinkedList sorts the elements in their insertion order.