Schema Master is another FSMO role which is responsible for making changes to the Active Directory schema. The schema stores descriptions of all Active Directory classes and attributes (LDAP://cn=schema,cn=configuration,dc=<domain>).

Changes to the AD schema are rarely made: for example, when you extend the schema using adprep /forestprep, upgrade the domain functional level or install Exchange, Lync (or other enterprise applications that store configuration objects in AD).

The AD schema is a set of objects and their attributes, that are used to store data. In this case, the AD schema contains the class User, which defines all the attributes of the user account object. 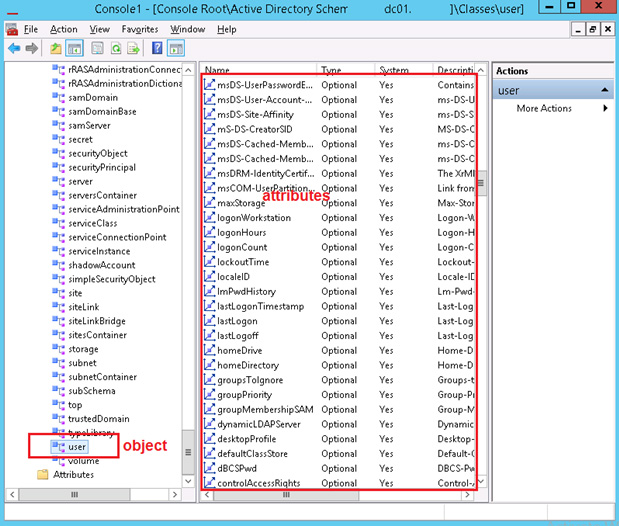 Each user account in the domain can have all these attributes. But attribute values may not be specified. You can check which attributes have an account of any domain user and their values (for example, built-in administrator account).

To do this, open the adsiedit.msc console and connect to the Default naming context. In the hierarchy, find the user object and open its Properties. 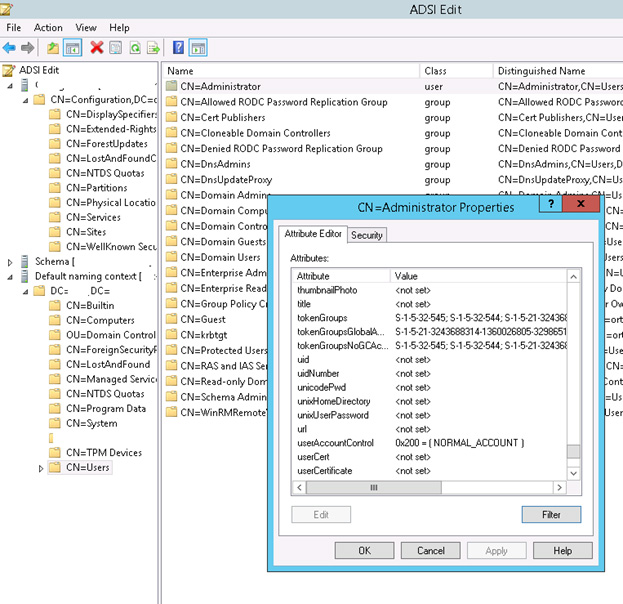 You can see that the object has all the attributes that are defined in the user class (note the Filter button, you may have turned on display only attributes that have values).

Microsoft recommends the following best practices in the placement and administration of the Active Directory schema:

To manage AD schema and transfer the Schema Master role between domain controllers, use the Active Directory Schema mmc snap-in. However, to enable this console you must register the dynamic library Schmmgmt.dll at first. 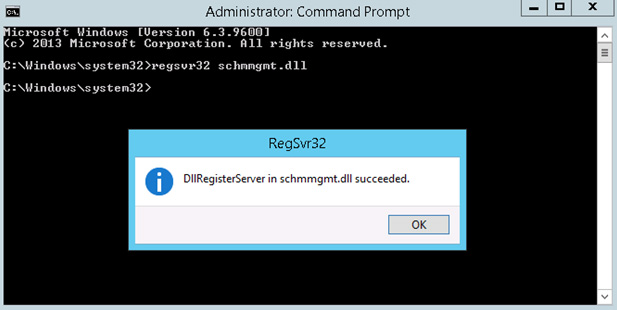 To manage an AD schema you must be a member of the Schema Admin group. То transfer Schema Master FSMO role you need to start AD Schema console. 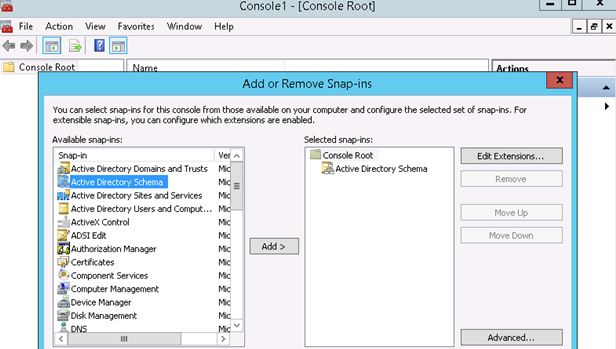 Right click on the root of the console, select Change Active Directory Domain controller and select the DC on which you want to transfer the role. 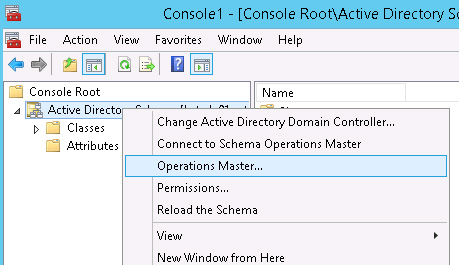