Our Binary to Hexadecimal calculator will convert your binary value (tipically used by computers) of the number you enter to an hexadecimal value. Your results will appear in the blank field at the bottom. 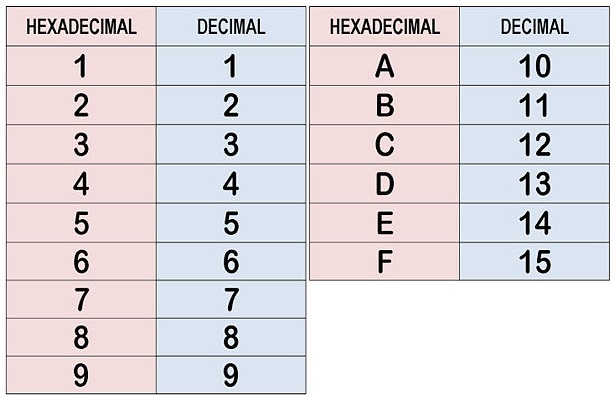 Write out the hexadecimal in its expanded form. For example, 1A2B3C16 becomes:

Binary is the simplest kind of number system that uses only two digits of 0 and 1 (base 2). By using these digits computational problems can be solved by machines because in digital electronics a transistor is used in two states. Those two states can be represented by 0 and 1. That is why this number system is the most preferred in modern computer engineer, networking and communication specialists, and other professionals.

Hex, or hexadecimal, is a number system of base 16. This number system is especially interesting because in our casually used decimal system we have only 10 digits to represent numbers. As hex system has 16 digits, the extra needed 6 digits are represented by the first 6 letters of English alphabet. Hence, hex digits are 0,1,2,3,4,5,6,7,8 and 9 A, B, C, D, E, F.

This number system is the most commonly used in mathematics and information technologies. I.e. in html programming colors can be represented by a 6-digit hexadecimal number: FFFFFF represents white, 000000 represents black, and so on.